A crucial month for France at the UN [fr]

In September, it’s time to go back to school or to the office. For the French Mission to the United Nations, September 2017 is a challenging month: for the first time, French President Emmanuel Macron is coming to New York for the 72nd UN General Assembly, a major international event gathering international leaders from all over the world at the UN Headquarters in New York, from 18 to 22 September.

The French President will be accompanied by Foreign Affairs Minister Jean-Yves Le Drian, Minister for the Ecological and Inclusive Transition Nicolas Hulot, Minister of National Education Jean-Michel Blanquer and many junior Ministers. 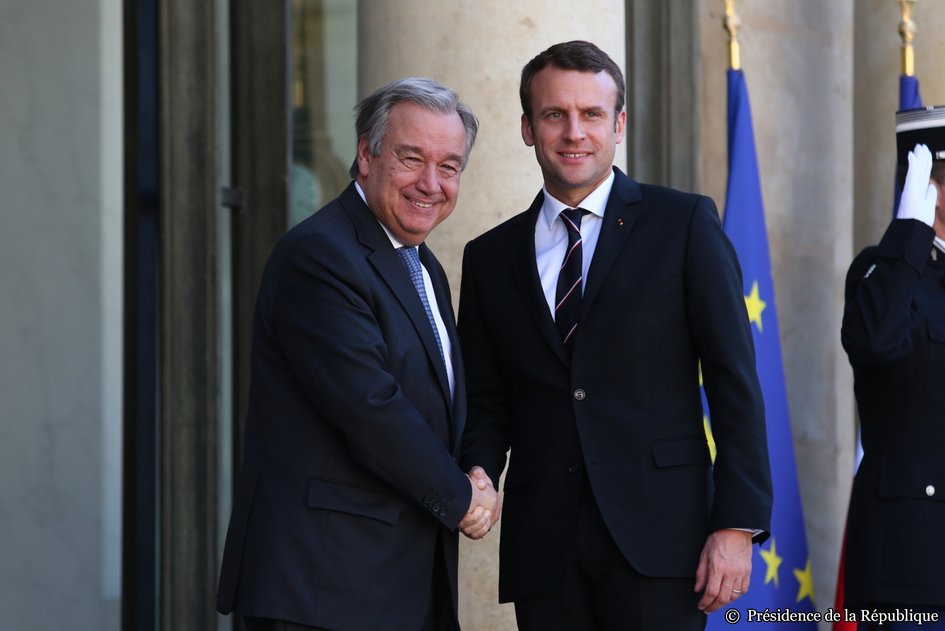 The main international crises will be discussed at the General Assembly (Syria, North Korea, Libya, etc...), as well as global issues such as the fight against terrorism, the need to protect the environment, development and education. The situation in the Sahel and especially the terrorist threats in that region, but also the future of peacekeeping operations will be the center of important discussions.

During the general debate of this high-level week, Heads of State and government will each make a speech in front of the 193 Member States. For the first time, French President Emmanuel Macron will make such a speech, on Tuesday 20 September in the great hall of the General Assembly. All speeches will be broadcasted live on UN TV.

France’s participation in the General Assembly this year is highly-anticipated. Besides his speech to the General Assembly, the French President will take part in many high-level meetings on French and UN priority issues. As protecting our planet is a top priority for France, he will chair a Summit on the Global Pact for the Environment on Tuesday 20 September. On Wednesday 13 September, he will attend an exceptional meeting of the Security Council on peacekeeping in the world and UN peacekeeping operations. He will then participate in events on the fight against terrorism on internet and on education. Finally, French President Emmanuel Macron will have numerous bilateral meetings with his counterparts.

As Permanent Member of the Security Council, France plays a specific role at the UN. Our country is strongly committed to work for international peace and security, not only in New York at the UN Headquarters, but also in the field.

France also supports international major projects to fight climate change and to protect Human Rights. Our country has facilitated the adoption of the Paris Agreement on climate change, signed in 2016 at the General Assembly of the UN.

September 2017 will be a great month for France at the UN: it’s an opportunity for our country to display its commitment to multilateralism and its ambition to make the UN an efficient tool for peace and security.