“We will continue to play an active role in shielding children from the suffering of war. We often say that children represent the future and coming generations and that they are the condition of a lasting peace, but protecting them is also a universal moral obligation, and we must redouble our efforts.” - Statement by Mr. Nicolas de Rivière, Permanent Representative of France to the United Nations at Security Council – 2 August 2019

Children are the first victims of conflicts. According to UNICEF, more than 230 millions of children (nearly one child in ten in the world) are living in countries or areas affected by armed conflicts. 125 millions of those children are directly affected by fighting in the world. More than 170,000 grave violations have been verified since 2010, representing more than 45 violations per day against children in conflict. 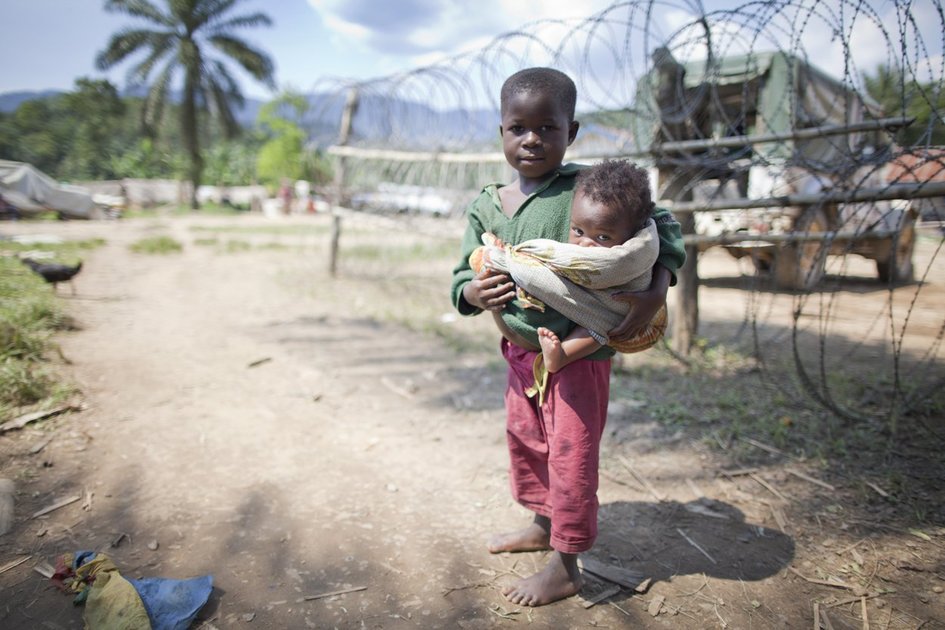 The UN identifies six categories of crimes against children in armed conflict. These violations are specifically monitored in Security Council resolutions:

Recruitment or use of children as soldiers;

Killing and maiming of children;

Attacks against school or hospitals, which make access to school system and cares more difficult, as it is currently the case in Syria.

Denial of humanitarian access for children. Children in Yemen are particularly affected by this sixth violation since the beginning of the conflict in the country.

A mechanism for monitoring and reporting on those six violations of children rights. Through this mechanism, the UN Secretary-General publishes an annual report listing the parties to armed conflict that have been responsible for grave violations against children (armed groups or regular forces);

A Security Council working group in charge of following-up the issue, and especially of recommending concrete measures and actions to be taken by the different actors in the most worrying situations. France chaired this group after it was created and for three years. France actively supports the work of the group, currently chaired by Belgium, which celebrates its 15th anniversary this year;

The national plans of action adopted by parties in conflicts to put an end to recruitment of children as soldiers and to accelerate their release and reinsertion These action plans are negotiated with the assistance of the UN Secretary-General’s Special Representative for the Protection of Children in Armed Conflict.

France also supported the Security Council’s decision to adopt targeted sanctions against parties who refuse to cooperate with the UN. The “UN Secretary-General’s black list” currently lists 56 non-State armed groups (including Boko Haram and Daesh) and 9 Government Forces who committed grave violations against children. Resolutions 1882 and 1998, co-sponsored by France with 45 other States and respectively adopted in 2009 and 2011, extended the criteria for the inscription on this “blacklist”. The blacklist was updated in the last report on children in armed conflicts released by the UN Secretary-General, Antonio Guterres, on 20 June 2019.

France supported the endorsement by the Security Council in February 2020 of the “Practical Guidance for mediators to better protect children in situations of armed conflict” (S/PRST/2020/3). This practical guidance aims to facilitate the systematic integration of child protection dimensions into dialogues and peace processes. It recalls the main standards and guidelines on child protection and provides mediators with a set of guidelines and tools to be mobilized in conflict analysis. The PRST also recalls the Security Council’s commitment to the protection of children in times of conflict.

In February 2007, France organized, together with UNICEF, the conference “Free children from war”. Followinf the event, the Paris Principles and the Paris Commitments were adopted. 110 States have now endorsed them. These two texts set out guidelines for protecting children against the use and the recruitment by armed groups and forces, and to facilitating their release and reinsertion into their communities. Although non-binding, these texts have a highly political scope, underscoring the commitment of the international community on that subject. France continues to promote the endorsement of Paris Principles and Commitments to States who have not done so yet.

Ten years later, on 21 February 2017, France organized, also with UNICEF, a ministerial conference “Protecting children from war” to revive international mobilization. Since the signature of the Paris Principles and Commitments, more than 65,000 child soldiers have been released, according to UNICEF. During this conference, France announced its support to the Safe Schools Declaration and endorsed it on 13 October 2017.

France’s action towards youth also goes through its development policy. In particular, more than 300 million euros have been dedicated to education in Africa through the Global Partnership for Education and bilateral aid. Access to education is indeed a right and an essential condition for the reintegration of children affected by conflict.

France reiterates that the commitment must be constant and underlines in particular three complementary levels of action, for a comprehensive approach to the fight against the recruitment and the use of children in armed conflict. First, actions for the protection of children must be fully taken into consideration in the mediation of all UN Representatives and Special Envoys. On the ground, rights of children in armed conflicts must be included in mandates of UN peacekeeping operations. Peacekeepers may be confronted to child soldiers on the ground. It is thus essential to prevent the recruitment and the use of children and give them keys to face this situation. Finally, the fight against impunity is essential. France reaffirmed the importance of the contribution by the International Criminal Court as a tool to fight against impunity of those responsible for war crimes and crimes against humanity committed against children; and as a deterrent tool for potential violators.