The Syrian crisis : a threat to international security [fr]

Threats to international peace and security : the situation in the Middle-East - Statement by Mr. François Delattre, Permanent Representative of France to the United Nations - Security Council - 13 April 2018 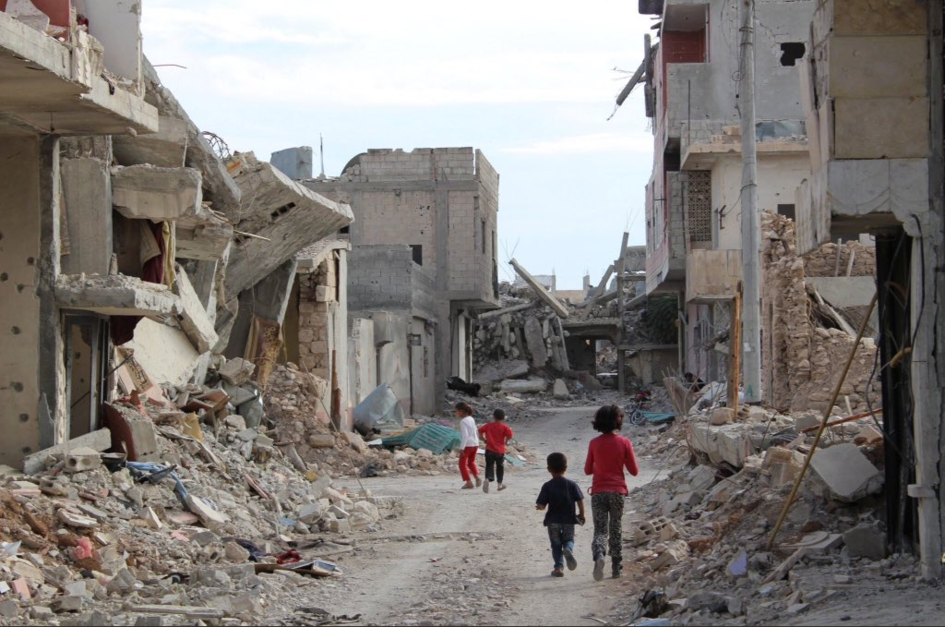 I thank the Secretary-General for his statement.

We are meeting today to address the threats to international peace and security that have arisen as a result of the situation in Syria, six days after the latest chemical-weapons carnage, on 7 April in Douma.

For seven years, the situation in Syria has without a doubt constituted a grave threat to international peace and security as defined in the Charter of the United Nations. The Security Council itself characterized this as such unanimously on 27 September 2013, when resolution 2118 (2013) was adopted in the wake of the appalling chemical-weapons attacks that had taken place in eastern Ghouta. The world then learned for the first time and with horror of the symptoms of large-scale chemical-weapons-related deaths in Syria.

To counter those who are seeking to sow confusion, going so far as to accuse the Syrian people of having gassed themselves; those who are suggesting conspiracy theories; those who are endeavouring methodically to destroy our mechanisms for action on chemical weapons in Syria, we must come back to simple facts. Yes, the Syrian crisis represents a threat to international peace and security. This threat is related to the repeated, organized and systematic use of chemical weapons by the Bashar Al-Assad regime, which once again reached new levels of horror with the two attacks perpetrated in Douma on 7 April last. Those attacks claimed the lives of at least several dozen people and wounded hundreds of others. Many of the injured will continue to suffer throughout their lives from the serious respiratory and neurological aftereffects of the chemicals used.

There is no doubt once again as to the responsibility of Damascus for this attack. The facts collected on the ground, the symptoms of the victims, the complexity of handling of the substances used, and the determination of the regime’s forces to subjugate the last pockets of resistance in Douma as expeditiously as possible and using every means at their disposal, all point to this.

This is a well-known and documented modus operandi, given that an independent mechanism, created at the initiative of the Security Council, had already established at least four times since 2015 that chemical weapons had been used by the Damascus regime in Sarmin, Talmenes, Qmenas and Khan Shaykun — an investigative mechanism that a permanent member of the Security Council decided last November to force into silence.

The chemical-weapons policy of the Bashar Al-Assad regime is among the most serious violations of all the norms that guarantee our collective security.

It is first and foremost a violation of all international obligations relating to the prohibition of chemical weapons under the Chemical Weapons Convention, to which Syria is a party.

Secondly, it constitutes a violation of the very foundations of international humanitarian law, namely, the principles of distinction, precaution and proportionality.

Thirdly, it constitutes a breach of successive Security Council resolutions: resolutions 2118 (2013), 2209 (2015) and 2235 (2015) and therefore a breach of the obligations incumbent upon Syria under the Charter of the United Nations.

Lastly, the use of chemical weapons against civilians, which was banned in 1925 under the Geneva Protocol, constitutes a war crime under the Statute of the International Criminal Court. The Secretary-General in August 2013 called the use of chemical weapons a crime against humanity. That chemical war is a tool to accelerate a deliberate policy of submission by terror, which, in seven years, has caused the deaths of 400,000 people, the deliberate destruction of civilian and health infrastructure in entire regions, a massive exodus of refugees and displaced persons and has fuelled international terrorism. This frightening picture is that of one of the most blatant threats to international peace and security in the contemporary era. It is also the record of those who, against all odds, continue to support it.

I will once again have to state the obvious: if Syria has continued to use toxic substances for military purposes, it is because it has retained the capacity to use and manufacture them, in contravention of its international commitments, of the guarantees provided by Russia in the framework of the 2013 Russian-American agreement and of Security Council resolutions.

It has already been several years since the Organization for the Prohibition of Chemical Weapons (OPCW) informed us of the major remaining doubts about the sincerity of Syria’s initial declaration to the organization in 2013. Many of the OPCW’s questions and requests for documents have gone unanswered. Syria has never provided a satisfactory explanation for the inspectors’ discovery of substances and capabilities that Syria had never declared. We saw those capabilities again in action on 7 April, used to kill as many civilians as possible and terrorize the survivors to consolidate the definitive takeover of Douma by the Syrian regime.

Beyond Syria, the prevailing impunity since 2013 affects the entire chemical non-proliferation regime, and with it the entire security system that we have collectively built since the Second World War. It is that collective security legacy, built to protect future generations from the outbreaks of violence in the two global conflicts, that the members of the Security Council have been mandated to protect. To allow the normalization of the use of chemical weapons without reacting is to let the genie out of the bottle. That would be a terrible setback to international order, for which we would all pay the price.

But in the face of the mass atrocities committed in Syria, the Council’s action has been paralysed for several years by successive Russian vetoes. Russia vetoed 12 draft resolutions on Syria, including six on the chemical issue alone. Those vetoes had no other objective than to protect the Syrian authorities — to guarantee a regime of impunity, in defiance of all international standards. To allow the indefensible, Russia has deliberately chosen to sacrifice the ability of the Council to act, the most important tool of our collective security. We had proof of that again last Tuesday.

On 7 April, Douma joined Ypres, Halabja and Khan Shaykhun in the litany of chemical massacres. I solemnly say that, in deciding to once again use chemical weapons, the regime reached a point of no return on 7 April. France will assume its responsibility to put an end to an intolerable threat to our collective security and to finally ensure respect for international law and the measures taken for years by the Security Council.

A chemical attack like that of Douma, which consists in gassing the last inhabitants of a besieged enclave — even when it is about to fall, even when the last fighters are negotiating their surrender — is the height of cynicism. That is where we are after seven years of the regime’s war against its people. This is the situation to which the world must provide a firm, united and resolute response. That is our responsibility today.

It will also be essential to combat impunity for those responsible for the use of such weapons and, more broadly, for those who are responsible for the most serious crimes committed in Syria. France is fully committed to that endeavour. That is the purpose of the International Partnership against Impunity for the Use of Chemical Weapons, which we initiated last January. We will also continue to support and assist all international mechanisms in their work to investigate the most serious crimes committed against civilians in Syria.

In addition to the chemical issue, continuing violations of international humanitarian law must cease without delay. We ourselves demanded it by unanimously adopting resolution 2401 (2018) — thwarted the day after its adoption by the resumption of bombardments by the regime with the active support of its allies, including those within the Council who had subscribed to the truce. Resolution 2401 (2018) has lost none of its relevance, quite the contrary — full and unhindered humanitarian access to help populations in distress must be implemented throughout the territory. It is essential and urgent that humanitarian convoys can reach eastern Ghouta safely and that civilians fleeing hostilities or in need of medical treatment can be protected.

Finally, we can only sustainably resolve the Syrian crisis within the framework of a political solution and on the basis of the full implementation of resolution 2254 (2015). Only under those conditions can put an end to the suffering of the Syrian people, eradicate terrorism and work together for the stability of the Middle East. We have been calling for a political solution for seven years. May those who join us today in their concern about the consequences of the Syrian crisis finally force the regime to accept negotiations under the aegis of the United Nations.

We cannot allow the most fundamental values and standards of humanity, such as those emanating from the Charter of the United Nations, be thwarted and flouted in front of our eyes without reacting. Those values and standards must be defended and protected. That is the reason behind our commitment — to restore the complete ban on chemical weapons set in stone within international conventions, and thereby consolidate the rule of law. It is the responsibility of those who believe, like France, in effective multilateralism led by a respected United Nations.

We must stop the Syrian chemical escalation. We cannot allow a country to simultaneously defy the Council and international law. The ability of Damascus to violate all our norms constitutes a threat to international security. Let us put an end to it.