Democratic Republic of the Congo [fr]

“MONUSCO must focus on its two priorities: protecting civilians and providing support for the implementation of the December 31 Agreement” François Delattre, July 11, 2017 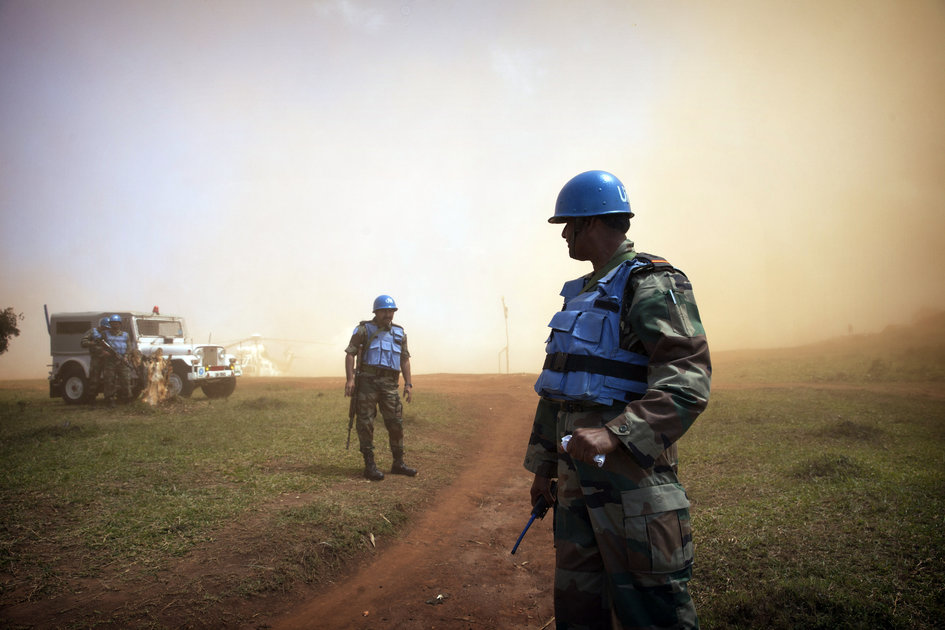 Joseph Kabila was reelected President in the Democratic Republic of Congo’s last presidential election, on November 28, 2011. Under the Constitution, he could no longer run for President after his term ended in December 2016. But in May 2016, the Constitutional Court nevertheless authorized him to remain in power until presidential elections were held.

The failure to respect the date set for the presidential election sparked numerous demonstrations on September 19 and 20, 2016.

In December 2016, the Congolese bishop’s conference launched a mediation effort that concluded with a political agreement between the government and the opposition, the December 31 Saint-Sylvestre Political Agreement. While this agreement provided for elections no later than December 2017, the many delays in its implementation have fueled tensions in the country.

The DRC is also experiencing a security situation that is troubling for civilians, and instability due to the presence of many armed groups, particularly in the east of the country and the Kasai region. This is a consequence of the many wars that have taken place in the Great Lakes region and on its soil for more than 20 years.

The United Nations Stabilization Mission in the Democratic Republic of Congo (MONUSCO), the largest UN operation in terms of personnel (18,571 uniformed personnel on the ground), was deployed in 2001, replacing MONUC. Resolution 2348 was adopted unanimously by the Security Council in March 2017 to renew and adapt its mandate to the new political and security challenges facing the DRC.

MONUSCO’s mandate has two priorities: to protect civilians and to implement the December 31 Agreement. It has a rapid reaction force that works with the DRC’s armed forces to combat armed groups.

Along with MONUSCO, in 2004, the Security Council established a sanctions regime (resolution 1533), renewed annually. It consists of an arms embargo as well as sanctions against individuals and entities that engage in certain behavior, such as violations of the arms embargo, the recruitment of child soldiers, and severe human rights violations.

In March 2017, two UN experts were murdered by rebel groups, reflecting once again the spreading violence in the DRC. The month following this double murder, a UN inquiry determined that more thorough investigations were called for. France then asked the secretary-general to establish a special investigative mechanism to enable the relevant legal authorities to ensure that those responsible are brought to justice.

The role of France

France is playing a central role with respect to the DRC at the Security Council, motivated by the conviction that the country’s stability and development are decisive to the entire Great Lakes region.

It supported two European operations in DRC in support of MONUC at critical points in the transition process between 2003 and 2006: Operation Artemis, the EU’s first military operation in Africa, in which France was the lead nation, and Operation EUFOR-RDC.

Supporting the political process to bring about a democratic transition. The delay in holding elections is concerning and does not help maintain stability in the country.

Protecting civilian populations by boosting MONUSCO’s capacities, adapting its posture and its mandate to the country’s security and humanitarian situation, especially in the Kasai region, and by improving its performance.