Exhibition: Daesh’s atrocities against the Yazidis

Daesh’s crimes against the Yazidis: the survivors speak. 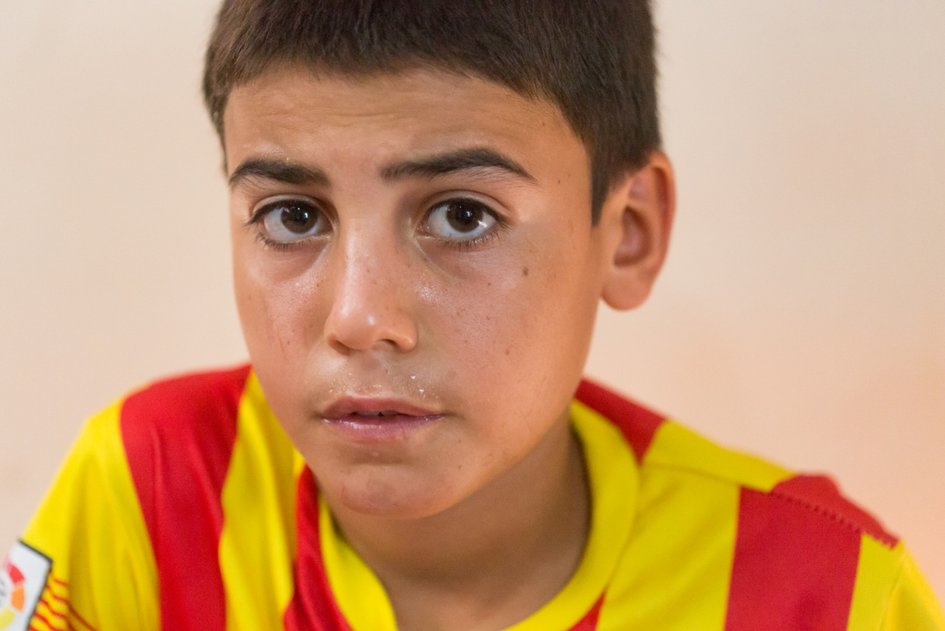 After years of investigating and documenting the crimes committed against the Yazidi people by Daesh, Yahad-In Unum has collected hundreds of testimonies and pictures. The exhibit Daesh’s crimes against the Yazidis: survivors speak is a result of this intensive work. It is presented for the first time, in the Headquarters of the United Nations in New York from 23 October to 3rd November 2017. 16 portraits and testimonies of victims are displayed and illustrate the huge impact Daesh’s crimes on the Yazidi community.

Yazidi people have been systematically prosecuted for their ethnic and religious belonging. They were assaulted by Daesh during their sweep in the North of Iraq in 2014. Men got shot, women and girls kidnaped to sell them as sex servants or slaves and young boys forced to join their ranks. Almost 10,000 people were killed or kidnapped.

At the heart of the United Nations, this exhibition enables the victims of these atrocities to speak up. It is crucial to let their voices be heard by the international community so that the crimes they’ve been enduring are prosecuted. Yahad-in Unum (‘Together in One’ in Hebrew) is a French NGO founded to document the evidence of the Holocaust in Eastern Europe and to work on the prevention of future genocides. Today it applies its experience to the crimes committed against the Yazidi people. It has worked directly within camps for displaced people in Iraqi Kurdistan to gather testimonies from women, men, girls and boys.

France is strongly involved in the fight against terrorism, and support efforts to investigate the crimes committed by Daesh. In August 2017, France cosponsored a UN Security Council resolution aiming at collecting and preserving evidence and ensuring that the crimes are properly documented and can be then prosecuted later. France is proud to help bring the exhibit Daesh’s crimes against the Yazidis: survivors speak – an important resolution to raise awareness of the suffering of the Yazidis people. 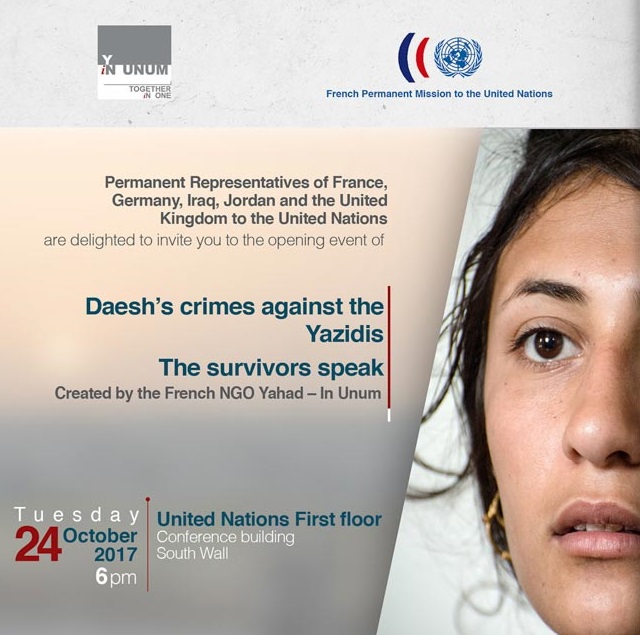