« Although hunger has declined since 25 years, it continues to haunt several regions in the world, in particular as a result of a multiplication of conflict.” Ambassador François Delattre, 16 June 2017 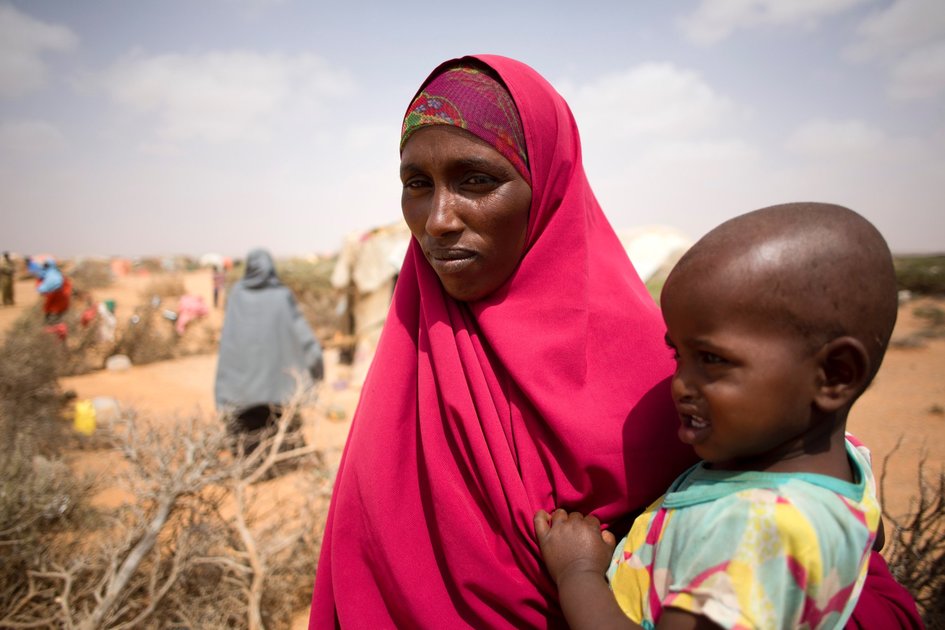 60% of people suffering from hunger live in countries affected by conflict. This is the case of Somalia.
Credits: FAO

60% of people suffering from hunger live in countries affected by conflict. In February 2017, the UN Secretary-General sounded the alarm bell and called for the mobilization of Member States: unless decisive action was taken and additional resources mobilized, the world could face a global food security crisis, with an imminent risk of famine in Yemen, Somalia, South Sudan and northeastern Nigeria.

Food security crises are closely linked to armed conflict, insecurity and extreme-poverty. Conflicts in particular hinder the effective delivery of humanitarian aid and have a devastating impact on civilians’ conditions of living in affected regions, in the short and long term. They also lead to population’s displacement to towns or villages where food resources are not longer sufficient to feed local populations, refugees and internally displaced people.

This crisis reminds us the Security Council’s specific responsibilities to prevent or put an end to conflicts and mitigate their consequences in the medium and long term. Only a political solution to conflicts will put an end to a critical humanitarian solution.

In this context, and at France’s initiative, the Security Council has mobilized on this vital issue.

France organized in June 2017 an informal meeting of the Security Council. This meeting was the occasion to highlight the large-extent situation in four main countries currently affected (Yemen, Somalia, South Sudan and northeastern Nigeria) and to call for the mobilization of the international community.

In August 2017, the Security Council adopted a presidential statement recognizing for the first time the link between conflict and food insecurity and requesting the Secretary-General to report on this issue.

Since February 2017, the Secretary-General’s appeal has been financed up to 70% of the total aid needed for humanitarian operations, highlighting the strong mobilization of the UN member states.

As a continuum of this mobilization, the Security Council held a public meeting on 12 October, during which the UN Secretary-General Antonio Guterres presented its assessment of the situation in the ground.