I AM WITH THEM at the UN: an exhibition to give refugees an identity [fr]

“We must stop looking at refugees as a mass”, Anne A-R 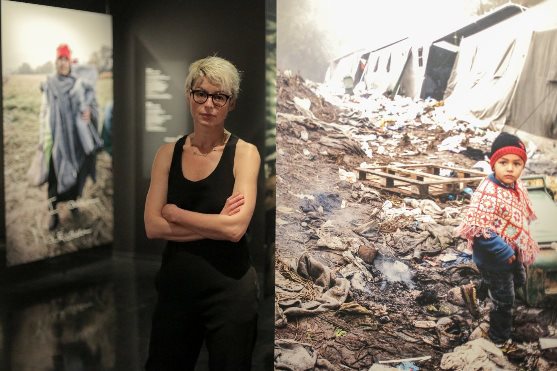 Through life-size printed photographs, the exhibition I AM WITH THEM will give to the visitors the impression of meeting the people behind the “refugee” generic term.

For 12 weeks, between September 2015 and February 2016, the photographer has met people in exile on European roads. She had only one objective: getting to know them in order to give them their identity back.

First displayed on social networks, her portraits of refugees were then published in a book, and displayed in an itinerary exhibition at the Arab World Institute (Institut du Monde Arabe) in Paris, at the Quai d’Orsay (French Ministry of Foreign Affairs) and at the OECD Headquarters.

“I thought that at some point, we had to look at them one by one”

Each portrait is accompanied by a text, in English, French and Arabic, reminding testimonies Anne A-R gathered along her encounters.

“The only thing they brought from Syria is their tragedy.”

As French photographer and documentary producer, from a Tunisian family, Anne A-R has focused on people that seek to reconstruct themselves, as well as on dreams and reconstruction of lost identity. Through her project I AM WITH THEM, she wants to put the refugees back on their feet “so that we look at them in the eye as equals”.

This vibrating and committed project is the result of the photographer’s call for an international reaction in response to the current refugee crisis. With this exhibition, Anne A-R’s goal is not photojournalism; she only wants to raise awareness on the personal situation of refugees in Europe through the lens of art and photography. 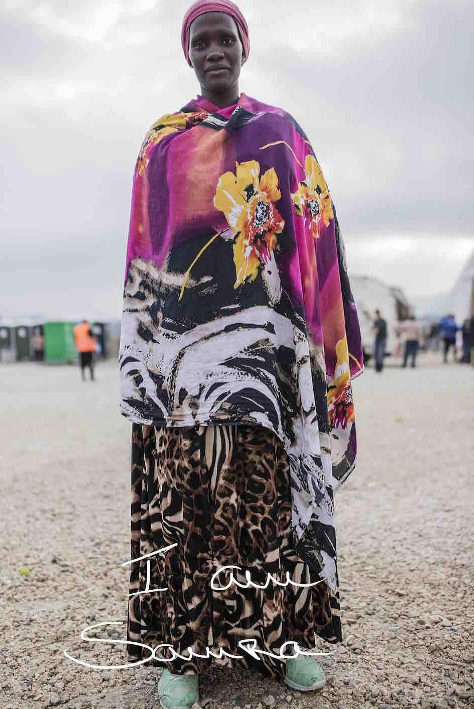