This will be « joint » presidencies with Germany who will hold the Presidency in April 2019.

Two countries, two followed presidencies in the service of international peace and security.

The Security Council is composed of 15 Members: 5 permanents members and 10 non-permanents and elected for a 2 year-term.

As a founding member of the UN when it was created in 1945, France holds a permanent seat, where it plays a leading role on many issues.

The programme of work prepared by the Member State in charge of the Presidency is adopted by the Security Council the first day of the month. It includes all the scheduled meetings (public meetings, open debates, closed consultations) but also the possible visits of the Council on the ground.

Joint Presidencies for March and April 2019

France, permanent member, and Germany, elected member for 2019-2020, will each take over the presidency of the Security Council::

France and Germany have worked together on coordinated programmes of work.

These two months will be the opportunity to focus on top priorities and main values of our two countries and of the European Union, in particular:

conflicts resolution and commitment to peace

It is not a co-presidency: each country will assume its presidency’s prerogatives during its term in accordance with the rules and practices of the Security Council. 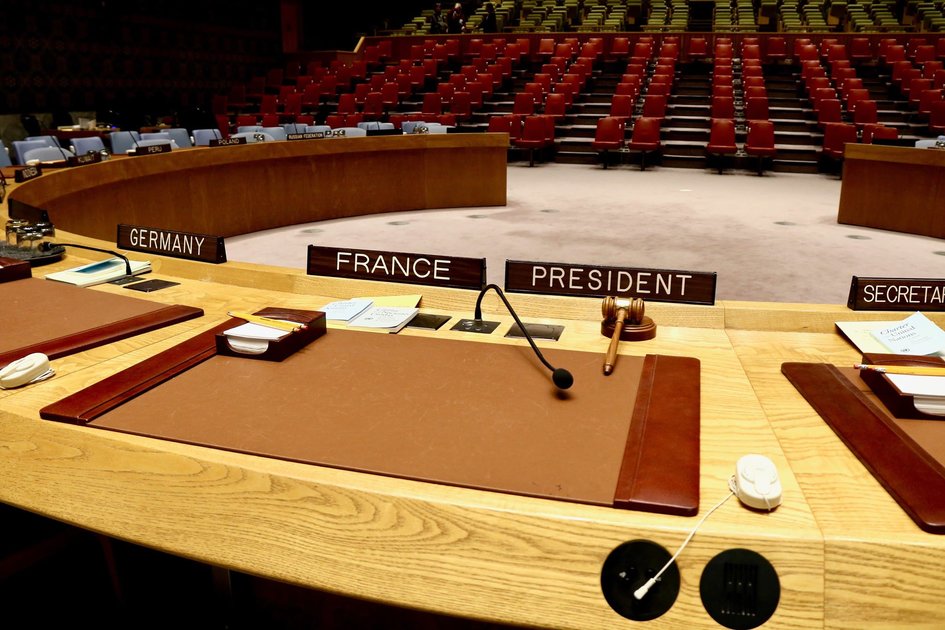