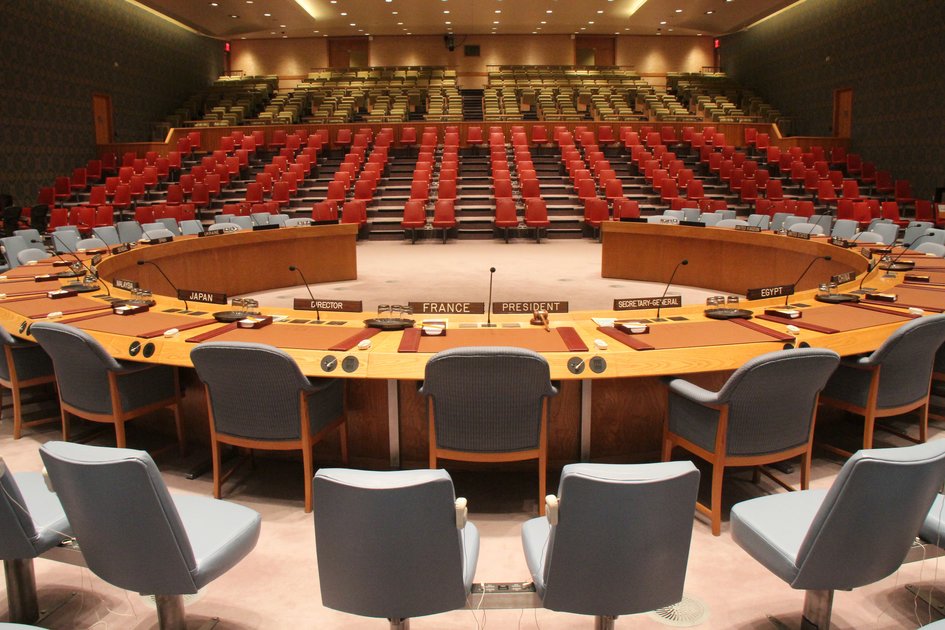 From 1 October, France chaired the United Nations Security Council as President for a month. Every month, one of the members of the Security Council takes the presidency, following an alphabetic rotation between the countries around the table. France will follow Ethiopia, the President of the Council in September 2017.

The President plays an essential role in the functioning of the Security Council: it prepares the programme of work for the month, organizes and chairs meetings, ensures the good run of the debates, and releases the decisions, declarations and press releases of the Council.

The programme of work prepared by the Member State in charge of the Presidency is adopted by the Security Council on the first day of the month. It contains all the meetings planned for the Council (public meetings and/or closed consultations sessions, debates opened to the other Member States of the UN etc.) but also potential field visits.

Fall 2017 was a special time for France at the UN: after the high-level week of the United Nations General Assembly marked by the first visit of the French President Emmanuel Macron, France was President of Security Council in October. These two important moments in New York were an opportunity for France to reaffirm its strong commitment and leadership in favor of multilateralism.

As Permanent Member of the Security Council, France plays a special role at the UN. Our country has prepared an ambitious work program for October 2017, measuring up to what we expect from the United Nations in terms of peacekeeping and international security.

Sending blue helmets to conflict zones is one of the major tasks of the Security Council. It is an essential responsibility and that is why it is of utmost importance that the Security Council follows closely the evolution of the operations in charge of maintaining or building peace in countries in crisis.

The Security Council also visited the Sahel region mid-October in order to support the efforts of the new African G5 Sahel Force in the fight against terrorism. Following this visit, the Security Council met at a ministerial level in order to evaluate options to reinforce the support of the UN to the Force. The French Foreign Affairs Minister, Jean-Yves Le Drian, chaired this meeting. It’s a priority for France and for the EU to ensure that Sahel countries can be in charge of their own security in the face of terrorist threats.

France also organized an informal meeting on the situation on Myanmar with Kofi Annan.

The French Presidency of the Council also highlighted the necessity to protect the most vulnerable during conflicts: an open debate on women, peace and security will take place. The situation of children in armed conflict – an important issue for France at the UN – has been addressed at the end of the month in an ministerial meeting chaired by Minister Jean-Yves Le Drian.

France wanted its Presidency of the Security Council to create momentum on peacekeeping reform. This month was also an opportunity to demonstrate how the Security Council can further support the efforts of the countries engaged in the fight against terrorism at a regional scale, especially in Sahel.