“Climate challenges are the cornerstones of universal solidarity. It is our duty to surpass our goals, to go farther, faster. I want the ecological, inclusive transition - a formidable opportunity from an economic, environmental, and social standpoint - to improve daily life for all French citizens. And this solidarity must be shared with the world.” Nicolas Hulot, Minister for the Ecological and Inclusive Transition, July 6, 2017

Adopted on December 12, 2015, in Paris and signed on April 22, 2016, at the United Nations headquarters in New York, the Paris Agreement – which entered into force on November 4, 2016, after being ratified by 96 States (169 to date) – reflects the resurgence of strong international ambitions with respect to the climate. As president of the 21st Conference of the Parties to the United Nations Framework Convention on Climate Change (COP21), and as a crucial actor in the swift ratification of the Paris Agreement, France has made combating climate change one of its diplomatic priorities.

Former UN Secretary-General, Ban Ki-moon during the entry into force of the Paris Agreement on climate change in September 2016
© UN Photos

The adoption of the Paris Agreement is part of a longstanding effort, under the leadership of the scientific community, to combat climate change.

International climate negotiations are organized by the Conference of the Parties (COP) to the United Nations Framework Convention on Climate Change (UNFCCC). Adopted in 1992 at the Earth Summit to stabilize greenhouse gas concentrations in the atmosphere, the UNFCCC came into force in 1994, while in 1992 the Rio Declaration established the fundamental principles of inter-state environmental negotiations (a precautionary approach, the “polluter-pays” principle, common but differentiated responsibilities).

In 1995, the Parties to the Climate Convention adopted texts whose effects were limited and, while not binding, established fundamental principles and goals. The Kyoto Protocol, adopted in 1997 and weakened by the non-ratification of the United States and the withdrawal of Canada, Russia, Japan, and Australia, established specific binding goals, including figures for industrialized nations, without quantifying the commitment of developing countries. The Copenhagen Conference (COP15) recognized the need to limit temperature increases to within 2°C above pre-industrial levels, and called for increased funding from developed nations.

The Paris Agreement marks the culmination of a positive dynamic that got under way in Durban in 2011 (COP17), favoring innovative approaches inspired by individual countries’ experiences.

What is the Paris Agreement?

The Paris Agreement is a binding international treaty on the climate tailored to the ambitions and capabilities of all nations. Adopted at the end of the COP21, it is also an additional protocol to the UNFCCC. While its main goal is to limit average temperature increases to within 2°C above preindustrial levels, and to less than 1.5°C above those levels whenever possible, the Paris Agreement also aims to strengthen adaptive capacities and resilience to the effects of climate change and to implement financial flows adapted to those goals.

Its adoption by 196 States in December 2015 followed three international conferences held that year: in Sendai, on reducing disaster risks; in Addis Ababa, on development funding; and in New York, on the Sustainable Development Goals (SDG).

Characterized as a historic agreement as soon as it was adopted, the Paris Agreement does not owe its success only to the return of a favorable context for climate action and sustainable development, but also to the effort to revamp the management of international climate negotiations. The Paris Agreement is backed by new initiatives, all of them adaptations to difficulties identified at previous COPs. This innovative approach is based on four elements:

The adoption of a universal agreement.

Each State’s determination of national contributions to reduce greenhouse gas emissions. While the text of the agreement does not mention the content of these contributions, it obligates signatory States to establish a contribution plan, to implement it, and to raise amounts on a regular basis.

The financial commitment of developed countries to contribute $100 billion per year from 2020. This funding, which will be channeled through the Green Climate Fund created in 2009, should give priority to the states that are most vulnerable to the impacts of climate change

Within the framework of the presidency of COP21, France’s strategy involves a broad range of high-level actors (French president, special envoy for the planet, minister of foreign affairs, climate ambassador), supported by a multi-disciplinary interministerial team.

Starting in 2015, the incoming French presidency organized informal meetings between governments and increased its collaboration with think tanks and international organizations, leading to an initial exchange of ideas and the development of relations of trust that were beneficial to the Paris discussions.

At the start of the negotiations in November, the French presidency underscored this approach by establishing the Paris Committee, a negotiating forum open to everyone, and by appointing minister facilitators to represent all regions, making it possible to involve all state and non-state actors.

France, a key stakeholder in the ratification of the Paris Agreement, facilitated its entry into force less than a year before the holding of COP22 in Marrakesh in 2016.

Although the Paris Agreement has entered into force, its implementation still needs to be clarified by numerous implementing decisions. These will primarily be shaped by the publication by each party of its long-term climate strategy by 2020. The launch of the Climate Plan by Minister for the Ecological and Inclusive Transition Nicolas Hulot in July 2017 therefore ensured the implementation of the Paris Agreement at the national level.

The Paris Agreement also provides for the renewal of national contributions at least once every five years. This should allow states to take stock of their progress and to set increasingly ambitious goals.

Lastly, a global assessment will enable states to collectively evaluate the results of the mitigation and adaptation strategies, and to draw conclusions regarding the effectiveness of the methods used. This meeting, which will take place every five years beginning in 2023, should facilitate the convergence of national strategies toward emission trends compatible with the 1.5-2°C target.

As part of its commitment to implementing a coherent international policy, France has developed effective tools to incorporate its climate ambitions into its development strategy. France was one of the countries that volunteered to present its strategy for implementing the SDGs in 2016, less than a year after the adoption of the 2030 Agenda for Sustainable Development; it affirmed its vision of a climate policy integrated into the national strategy for sustainable development. 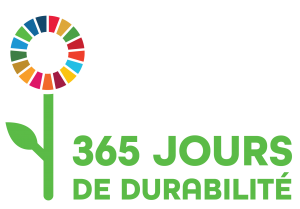 The Sustainable Development Goals (SDG) for the fight against climate change.

In order to promote the integrated approach that it is implementing, France remains committed to maintaining the momentum created by COP21. It was therefore actively involved in COP23 which took place in Bonn (Germany) from November 6 to 17. The states came together to work on formulating the rules for implementing the Paris Agreement and to discuss raising the level of ambition of the national climate commitments. Lastly, France jointly hosted with the UN and the World Bank a climate summit on December 12, 2017, two years to the day after the adoption of the Paris Agreement. The One Planet Summit will focus in particular on injecting fresh momentum into countries’ efforts in the area of climate funding

COP21: The key points of the Paris Agreement on the website of the Ministry of Europe and Foreign Affairs