« A child already suffers through war, but that war is not his, it belongs to the adults » - Leila Zerrougui

230 million children live in conflict zones, and 125 million are directly affected by hostilities.

In the region of the Middle East alone, 15 million children are directly affected by the fighting and 13 million can no longer go to school.

The tragedies experienced by children in armed conflicts are not new, but the United Nations laments in recent years the worrying development of the use of mass abductions or the exposure of children to extreme forms of violence.

In order to relaunch international mobilization on the plight of children in armed conflicts, France and UNICEF organized a ministerial-level conference on 21 February in Paris: "Protecting Children From War".

As we celebrate the 10th anniversary of the Paris Principles and Commitments, France organized on 21 February the high-level conference "Protecting the Children of War" in partnership with UNICEF.

The conference, chaired by Foreign Minister Jean-Marc Ayrault and UNICEF Executive Director Anthony Lake, brought together all actors working for the protection of children in armed conflict, including nearly 120 delegations (States, international and non-governmental organizations, witnesses and personalities). The UN Special Representative for Children and Armed Conflict, Leila Zerrougui, will also be present.

The goals of the high-level meeting were:

To recall the existing normative framework and promote its implementation

Re-launch international mobilization on the plight of children in armed conflicts and encourage States that have not yet done so to endorse the Paris Principles and Commitments. 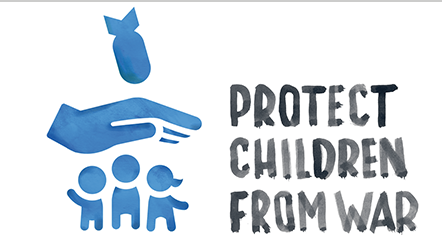 2. What are the Paris Principles and Paris Commitments?

Ten years ago, in February 2007, the Paris Principles and Paris Commitments were adopted at the end of the "Free Children from War" Conference.

These two texts set out guidelines to protect children from use and recruitment by armed groups or forces and to facilitate their release and reintegration into their communities.

While these texts are not legally binding, they have significant political scope insofar as they reflect the international community’s collective commitment to eradicate the recruitment and use of child soldiers.

Following the "Protecting Children From War" conference, 108 States have now endorsed these principles, which have enabled governments, the United Nations and civil society actors to cooperate at the national level and in the field to protect children associated with groups or armed forces. 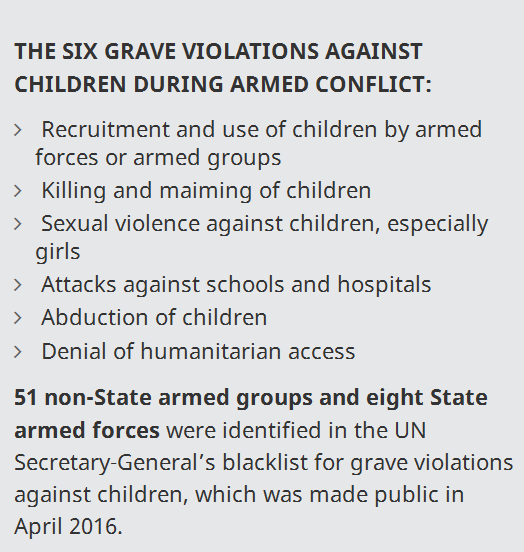 3. The protection of children in armed conflicts: a priority for France

Since the first "Free Children from War" Conference in 2007, France’s commitment to protecting children has had an impact on nearly 14,000 children and has allowed for the demobilization of 2,000 child soldiers.

The demobilization and reintegration of child soldiers, in partnership with UNICEF, in CAR, Burundi, Sudan and the DRC.

Humanitarian assistance for children in armed conflict in the field of education or access to health care. France contributes in particular to UNICEF’s educational activities for Syrian refugee children in Lebanon and Jordan.

At the United Nations, France is playing a leading role in mobilizing the international community, in particular the Security Council, which has adopted many resolutions instigated by France to protect child soldiers in armed conflicts. Resolution 1612, adopted in 2005, namley creates a monitoring and alert mechanism for the Secretary general.

France and the rights of the child

What are the Paris Principles and Paris Commitments?

Ending and preventing the recruitment of child soldiers