"Today more than ever before, more than 13 million people need humanitarian assistance — as compared with 10 million at the time of the previous extension of the mandate." Ambassador François Delattre 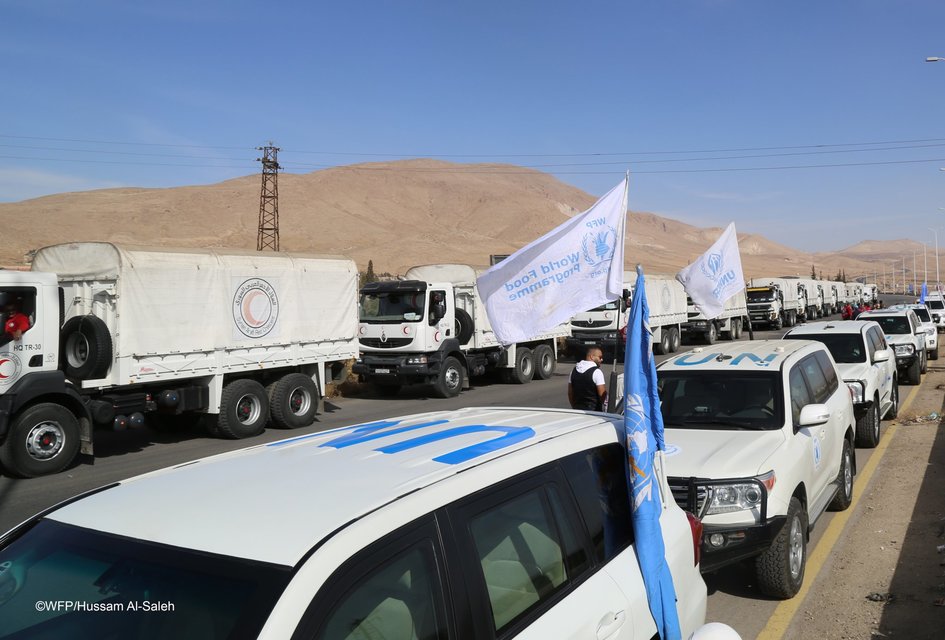 "This one-year renewal is crucial so that humanitarian actors can enjoy a minimum degree of predictability in their work. " Ambassador François Delattre
Credits: OCHA

France welcomes the adoption of resolution 2393 (2017), which extends for a year the mandate of the cross-border relief system for Syria. We thank the co-penholders in that regard.

In spite of differences in approach, the members of the Security Council were able to move forward given the humanitarian imperative. This renewal is in fact vital in every sense of the word, for the provision of cross-border assistance is a matter of life or death for millions of Syrians.

This one-year renewal is crucial so that humanitarian actors can enjoy a minimum degree of predictability in their work. Continuing the functioning of the mechanism, which to date has shown its value on the ground, was also necessary.

Lastly, the changes made to the text — which, to tell the truth, not everyone found appropriate — did not change the structure of the text. In that way, the resolution makes it possible for the United Nations and its partners to continue to work as they have done up until now in order to respond to the crisis and the humanitarian situation.

In that context, I should like to underscore the seriousness of the situation in eastern Ghouta, which is stomach-churning even if, in many respects, it is below the radar of the media. But let us be clear: a tragedy on the scale of that in Aleppo is taking shape in eastern Ghouta. Four hundred thousand people are under siege, practically without access to food or medical assistance. Approximately 500 people, including 137 children, still await emergency medical evacuation, as requested by the United Nations weeks and weeks ago but never authorized. The regime is starving the population to cause the collapse of all remaining opposition, which is unacceptable. That is a grave violation of international law, in addition to being a moral violation. It is essential that all those with influence over the Syrian regime should pressure it to put an end to that totally inacceptable situation.

That scenario makes it all the more crucial to keep in place the United Nations mechanism for providing cross-border assistance. Today’s resolution also makes clear reference to the situation in eastern Ghouta and calls for the lifting of all sieges.

We all know that the only way to put an end to the humanitarian crisis in the long term is through a return to stability, which requires a political solution.

As President Macron said yesterday, we must develop a political solution that leads to lasting peace and ensures that all minorities will be protected. It is just such an inclusive political solution that we want promote together, as it is the only one that can put an end to the Syrian tragedy once and for all. There is no other legitimate framework to achieve that than the intra-Syrian talks being held under the auspices of the United Nations at Geneva. In that regard, we reiterate our full and unrestricted support for Special Envoy Staffan de Mistura, to whom we shall listen with great interest later this morning (see S/PV.8142).