A complex affair, the UN’s financing simultaneously reflects the diversity of the organization’s missions, the priorities of its mandates as well as the overlapping of its structures. Member States constitute the principal source of financing.

1. Mandatory contributions to the general budget and to the budget of peacekeeping operations

The organization’s mandatory spending is taken on by Members States according to an apportionment negotiated in the Fifth Committee, adopted by the General Assembly and revised every three years. The contribution scheme is based on the payment capacity of each Member State.

A general budget for the functioning of the UN

The regular budget of the United Nations is funded by mandatory contributions and is primarily used to finance staff, capital and operating costs in the Secretariat and in the Organization’s various locations.

Since fiscal year 2020 and on a pilot basis for three years, the budget is adopted by the General Assembly for a period of one year, after several decades of using a biennial budget.

For calendar year 2020, the regular budget of the Organization amounted to US $ 3.051 million, from which staff contributions of US $ 273 million are to be deducted. The number of posts approved from the regular budget was 10,037 staff, excluding temporary and contract posts.

A budget for each peacekeeping operation

Peacekeeping operations help countries affected by conflicts to create the necessary conditions for a return to peace. The United Nations’ ability to deploy troops and police forces, originating from countries around the world, which it integrates to civilian peacekeeping personnel, enables the UN to fulfill the mandates bestowed upon it by the Security Council and the General Assembly.

Each peacekeeping operation receives a specific budget, destined to finance spending in personnel (troops, police personnel and civilian personnel) and its operational spending (functioning and investments).

Just as for the general budget, these budgets are financed by mandatory contributions from Member States, according to a method of apportionment decided by the General Assembly and revised every three years. The contribution scale for peacekeeping operations however differs from that of the general budget: the Security Council’s permanent members, which include France, take on a large share of financial contributions due their prominent position in peacekeeping.

For the period from July 1, 2020 to June 30, 2021, the total budgets of the 12 active peacekeeping operations and cross-cutting support expenditures amount to $ 6,777 million (taking into account the additional $ 199 million approved at the end of December for the closure of UNAMID). France contributes 5.61% to the financing of these operations, or $ 387 million. 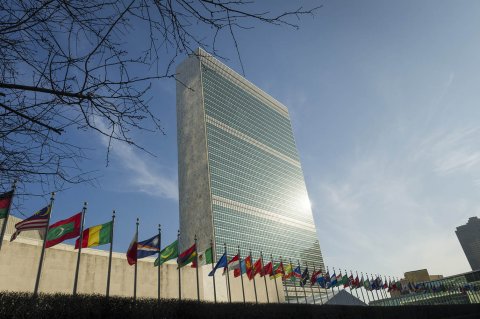 2. Voluntary contributions for other funds and programs

In addition to mandatory contributions to the general budget and the peacekeeping operations budget which are negotiated in the General Assembly’s Fifth Committee, Member States can choose to make voluntary contributions to specific UN funds and programs.

These voluntary contributions serve to finance initiatives led by the Secretariat General which complement activities financed by the general budget (this being the purpose of the special account). These additional contributions amount to highly superior amounts than those of mandatory budgets and are often directed towards specific programs or initiatives.

Finally, UN funds and programs (notably UNDP, UN Women or UNICEF), as well as UN specialized agencies, possess their own budgets: the majority of their resources come from voluntary contributions by Member States and private donors.