Home > Press Room > France’s Speeches at the UN > Archives 2017 > Without agreement on Jerusalem, no peace agreement.

Without agreement on Jerusalem, no peace agreement. [fr]

"As the issue of Jerusalem is one of the keys to peace in the Middle East, it is more important than ever to recall our collective commitment to safeguarding international consensus on the specific status of the city" Ambassador François Delattre 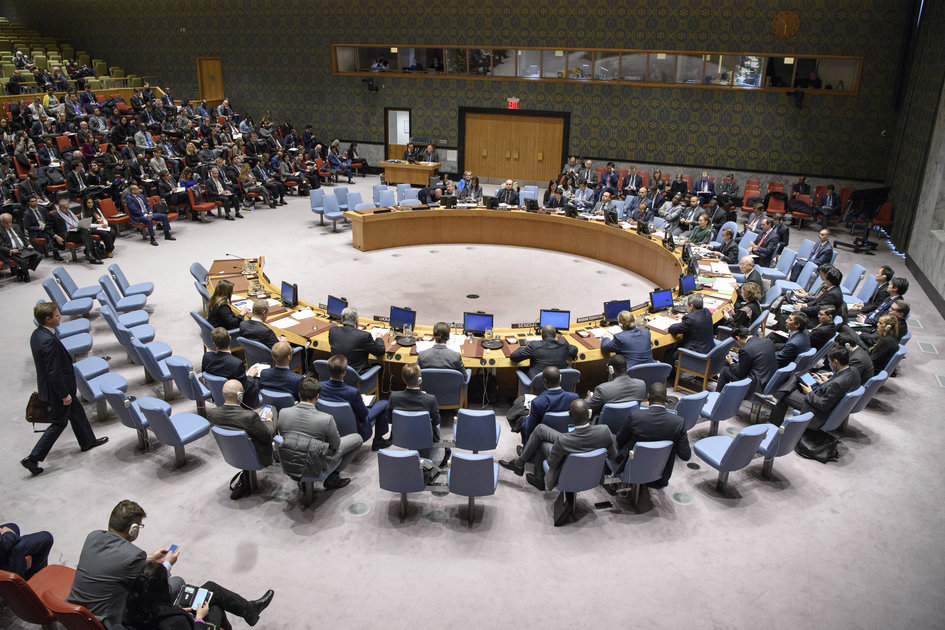 I thank the Special Coordinator for his briefing.

The status of Jerusalem has been the subject of specific Security Council resolutions and in that regard concerns the entire international community, as the President of the French Republic, Mr. Emmanuel Macron, reminded us yesterday. That is why, with several of its partners, France took the initiative to request this meeting of the Security Council.

As President Macron noted, we regret the decisions announced by the President of the United States on Wednesday, unilaterally recognizing Jerusalem as the capital of Israel and preparing for the transfer of the American Embassy from Tel Aviv to Jerusalem. I wish to stress three elements guiding France’s position, concerning the law, the two-State solution and the risk of escalation, respectively.

First, as to the law, the decisions to which I have just referred do not alter the parametres of the settlement of the Israeli-Palestinian conflict, as set out by international law.

The status of Jerusalem will have to be determined by the parties in the framework of a peace agreement. In the absence of agreement, and in accordance with the consensus that has prevailed for 70 years within the international community, France does not recognize any sovereignty over Jerusalem.

Thus, following the June 1967 conflict, we did not recognize the annexation of East Jerusalem, which is, under international law, part of the occupied territories; nor in 1980 did we recognize the unilateral acts taken by Israel concerning Jerusalem. The Council adopted resolutions 476 (1980) and 478 (1980), before and after the enactment of the Israeli Basic Law: Jerusalem, Capital of Israel. These resolutions include two principles.

First, any measure aimed at altering the status of Jerusalem, as well as the geographical, demographic and historical characteristics of the city, is considered null and void and must be abandoned.

Secondly, all United Nations Member States that have established diplomatic missions in Jerusalem must remove them from the city. This is what happened as a result of resolution 478 (1980), without exception.

Finally, barely a year ago, the adoption by the Council of resolution 2334 (2016) recalled that no modification of the 1967 borders other than those agreed by the parties would be recognized by the international community, including in Jerusalem.

It is now up to the United States to clarify the compatibility of President Trump’s announcement on 6 December with this common legal base on which all peace efforts are built. And it is more than ever up to us to reaffirm our collective commitment to international law, including the resolutions of the Council, on the essential question of the status of Jerusalem, which is decisive for any prospect of peace.

For without agreement on Jerusalem, there will be no peace agreement.That is the second element guiding our action. The historical and religious significance of Jerusalem in the eyes of all parties makes it one of the keys to resolving not only the Israeli-Palestinian conflict, but also to regional and international stability.

Given its gravity, its centrality in the Middle East, its symbolic dimensions and its place in the collective imagination, the Israeli-Palestinian conflict — and at its core the unique question of Jerusalem — is a deeply mobilizing issue, the scope of which extends far beyond the borders of Israel and the Palestinian territories. That is why it is essential to take great care to provide no pretexts to the radical movements in the region and, on the contrary, to encourage all peacemakers.

In that spirit, and because it is steeped in spiritual and symbolic significance, if we are not careful the question of Jerusalem could transform from a political conf lict, which by its nature is susceptible to compromise, into a religious conflict that would be intrinsically impossible to resolve. In that context, France and its European Union partners believe that Jerusalem is destined to become the capital of two States, Israel and Palestine, pursuant to parameters that must be defined by Palestinians and Israelis through negotiations, together with Jordan, given its special role in that regard. Let us be clear: there is no alternative to the two-State solution, and there will be no two-State solution without an agreement between the parties on Jerusalem.

Thirdly, in the immediate term we are of course very concerned about the risk of escalation on the ground following three days of clashes, particularly in Gaza and parts of East Jerusalem. We call on everyone to exercise restraint and make every effort to restore calm. Beyond that, negative repercussions throughout the region must be avoided. We therefore call upon all regional stakeholders to avoid fuelling tension and contribute to restoring calm.

France is both a friend to the Palestinians and the Israelis, which is why we are seeking an honest approach to the situation by calling upon those parties to simply return to the negotiating table. Indeed, there is no shortcut in the difficult path towards peace — that path is one of negotiation and respect for the other.

As the issue of Jerusalem is one of the keys to peace in the Middle East, it is more important than ever to recall our collective commitment to safeguarding international consensus on the specific status of the city. The following things are at stake: respect for international law and the legitimate rights of each of the parties, the legitimacy of the Security Council and preserving the two-State solution. In all of those endeavours, members of the Council can count on the continuous and resolute commitment of France.