Fight Against Terrorism in Mali: the operation Fildjo [fr]

France stands by Mali’s side in fighting terrorism : the example of Operation Fildjo in Gao.

France launched Operation Barkhane in 2014 in order to assist the countries in the Sahel region in their fight against terrorism. The operation succeeded to the Operation Serval and its area of action spreads across five Sahel countries : Mauritania, Mali, Burkina Faso, Niger and Chad.

In Mali, terrorist attacks continue to target the Malian Armed Forces (FAMa), the UN peacekeeping mission (MINUSMA) or Barkhane. On 18 January 2017 a car bomb attack targeted a camp where members of the Malian armed forces and armed groups who signed the peace agreement in Gao in the North of the country were brought together, resulting in a large number of deaths. This attack shows that terrorists now aim directly to hinder efforts for the stability and security of the country and undermine the peace agreement.

Following this attack, the Malian armed forces launched, with the support of Barkhane, Operation Fildjo (“Bust” in Bambara) in order to secure Gao. Operation Fildjo, carried out by the Malian military forces and MINUSMA, with the support of Barkhane, includes security operations around the city, identity checks, the reinforcement of check points as well as day and night patrols in the city.

The Operation also aims at seeking for clues and tracking down members of the terrorist networks and their supporters linked to the January 18th attack. The Operation illustrates the partners’ determination to reassure the inhabitants of Gao and to fight against armed terrorist groups.

In addition to its support for Operation Fildjo, Barkhane continues to back the member states of the G5 Sahel for them to reinforce their coordination in the fight against terrorism in the Sahel region. 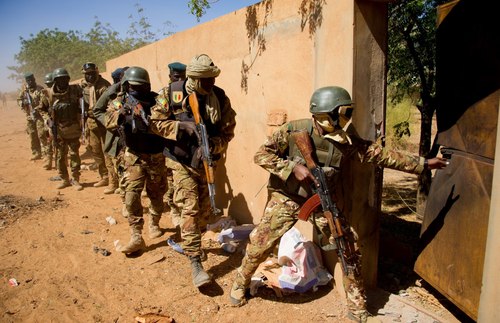