Artworks at the UN and France [fr]

The United Nations has a substantial collection of artworks on display in the corridors and gardens of the United Nations. This collection consists of artworks, historic objects and architectural components, donated or loaned to the Organization by Member States, foundations and private donors.

Official gifts to the United Nations from its member states illustrate the ideals, importance and values of the UN as an international organization.

Several French artworks are on display at the United Nations headquarters in New York, including two donated directly by France. Do you know them? 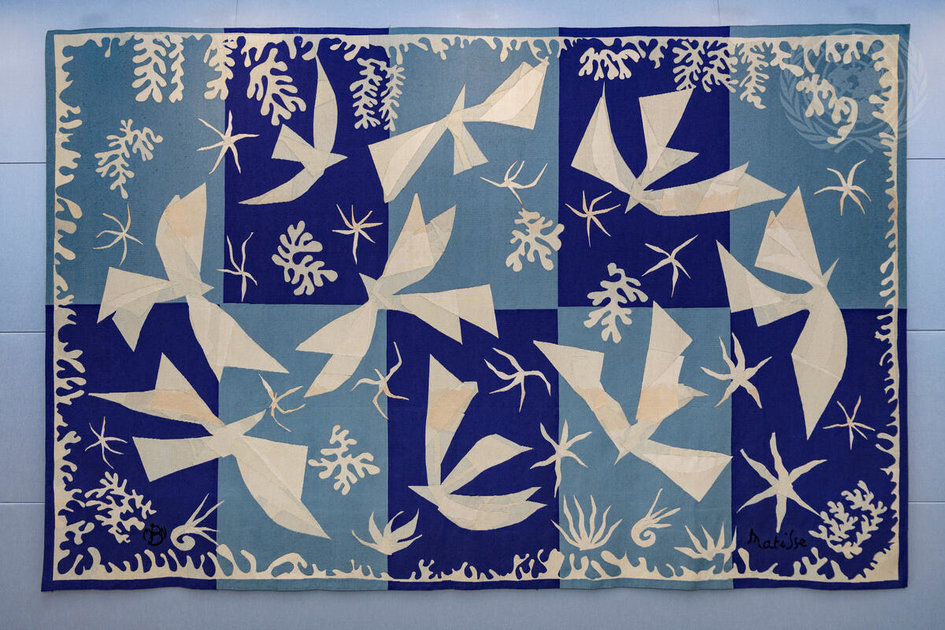 The tapestry, "Polynesia: The Sky was offered to the U.N. by the French Government in 1981.

The tapestry was commissioned by the Beauvais Tapestry Factory who asked Henri Matisse to create two wall hangings. The two tapestries, called "Polynesia: the sea" and "Polynesia: the sky" are based on cartoons made from cut-paper cartoons. These important works renewed the Beauvais wall hanging tradition. Using the United Nations colors of blue and white, the doves are used to exemplify the UN’s aspirations for Peace.

This tapestry is displayed on the 38th floor of the United Nations, where the Secretary General’s offices are located.

Commemorative Stone in Honor of the Victims of Extreme Poverty 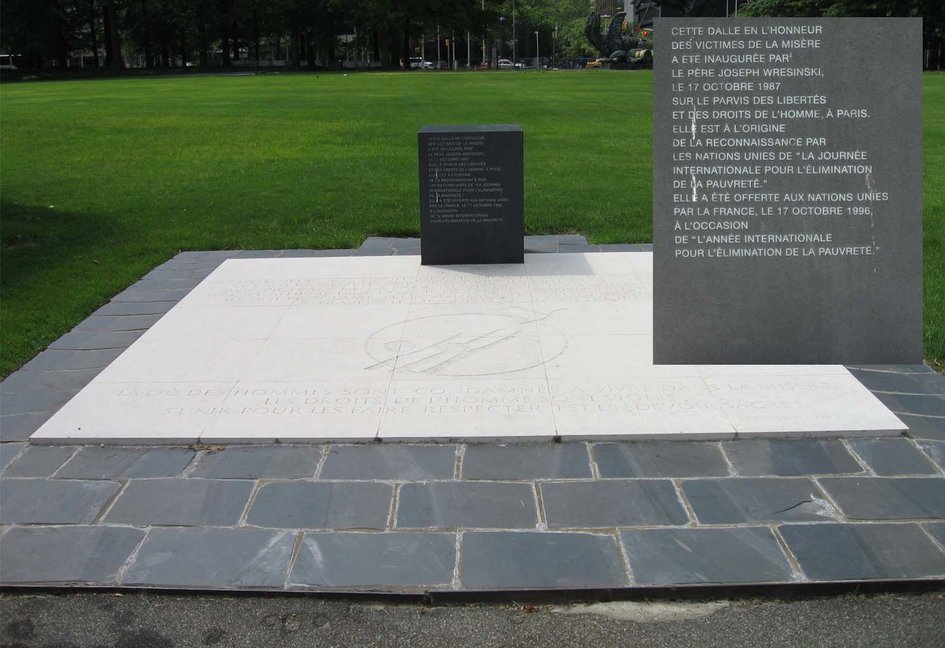 The commemorative stone was donated by France on October 17, 1996, on the occasion of the International Day for the Eradication of Poverty and is located in the United Nations gardens.

It is a replica of the monument entitled "Commemorative Stone in Honor of the Victims of Extreme Poverty" inaugurated in Paris at the Place du Trocadéro on 17 Oct 1987 by French Father Joseph Wresinski, founder of the International Movement ATD Fourth World.

It bears the same founding inscription:

« On October 17, 1987, defenders of human and civil rights from all over the world gathered on this square. They paid tribute to the victims of hunger, ignorance and violence. They affirmed their conviction that poverty is not fatal. They proclaimed their solidarity with those who are struggling throughout the world to destroy it. Wherever men and women are condemned to live in extreme poverty, human rights are violated. To come together to ensure that these rights be respected is our solemn duty. Father Joseph Wresinski.» 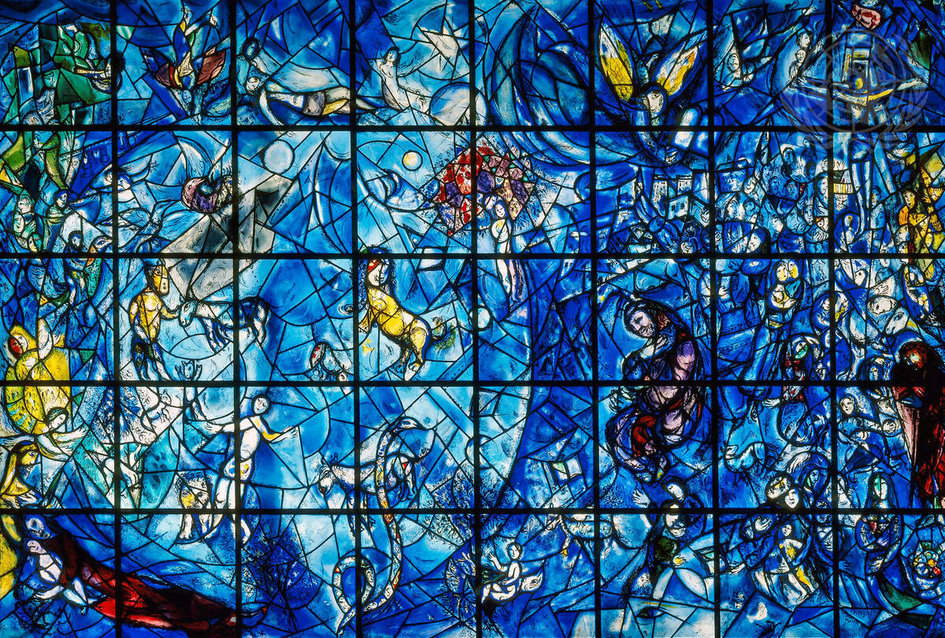 This stained glass panel was designed and created by Marc Chagall, with the collaboration of Charles Marq.

It is a memorial to Dag Hammarskjöld, UN Secretary-General from 1953 to 1961, and to the fifteen other UN personnel who lost their lives when their plane crashed on September 18, 1961, in Northern Rhodesia (now Zambia) while they were on a peace mission.

Displayed in the visitor’s hall of the United Nations, the stained glass panel was donated by the artist himself and United Nations officials.

At the inauguration in 1964, Marc Chagall said about this work « With all my soul, I wanted to convey the extent of my inspiration and the inspiration of Dag Hammarskjöld and of all those who died for peace. For this was the very purpose for which the UN was founded. (...) I should like people to be as moved as I was when I was engaged in this work which was done for people of all countries, in the name of peace and love. The main thing is not to see it but to feel it. »

The two murals in the UN General Assembly Hall were designed by the artist Fernand Léger (1881-1955) and painted in 1952.

The murals are painted on the east and west walls in the General Assembly Hall. An abstract work with a decorative purpose, the east wall was named "Scrambled Eggs" and the west wall "Bugs Bunny" by American President Harry Truman.