Visit of the Security Council to the countries bordering Lake Chad - France, a strategic partner in the fight against terrorism (Operation Barkhane)

Objective: The Security Council comes to show support to the countries most affected by Boko Haram’s terrorism and facing a serious humanitarian crisis.

Among other States, the Security Council will visit Chad. This sequence will be an opportunity for the members of the Security Council to exchange with the armed forces of Operation Barkhane, a French operation that provides crucial support to the countries of the region in the fight against terrorism.

France made an early commitment to support the bordering states of Lake Chad in their fight against terrorism:

Launched in August 2014, Operation Barkhane aims to provide logistical and intelligence support to countries in the region in the fight against terrorism.

Barkhane supports the countries of the Sahel-Saharan strip grouped within the "Sahel G5" for a regional response to the security challenges and the terrorist threat.

A unique partnership with the G5 Sahel

The Sahel G5, which includes Mauritania, Mali, Niger, Chad and Burkina Faso, was established in February 2014 with the aim of improving the coordination of countries at a regional level for development policies and security and defense activities.

In this context, Barkhane’s objective is to support the actions of the Sahel G5 to ensure collective and coordinated security and to enable partner States to acquire the capacity to ensure their security autonomously. It is through this logic of partnership that the actions of Barkhane are carried out:

In this context, France is a strategic partner, with 4,000 deployed troops in two locations in Gao (Mali) and N’Djamena (Chad).

Operation Barkhane is the most important French deployment in external operations. Since 2014, more than 1,000 operations and patrols have been carried out throughout the Sahelo-Saharan strip.

France’s commitment is to enable partner States to acquire the capacity to ensure their security autonomously. To this end, Barkhane’s support for the actions of partner forces in the fight against terrorism is accompanied by joint operations and training activities with these forces.

The military forces of Barkhane thus conducted with Chad and Niger the joint cross-border military operation Michi last November. This operation is part of the monitoring, control and security measures to stop the movement of traffickers and terrorist groups in cross-border areas.

These training courses have helped strengthen the operational capabilities of the Chadian forces as well as their expertise in various fields such as monitoring missions, combat, shooting or mine risk education. These Franco-Chadian initiatives also strengthen the ties of cooperation and trust between the Chadian security forces and Barkhane. 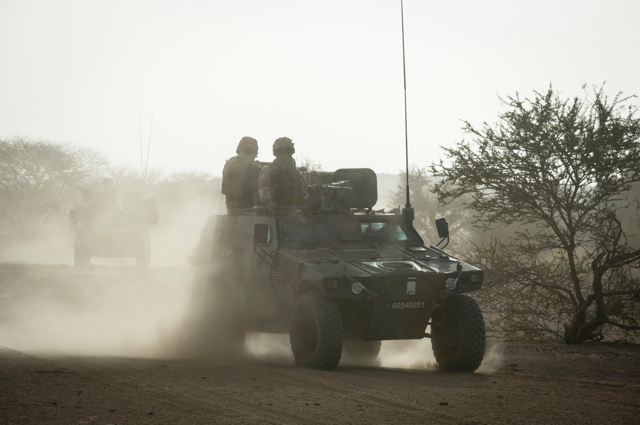 Joint action of the Barkhane and Chadian armed forces EMA/MinDef