Home > Press Room > France’s Speeches at the UN > Archives 2017 > ICC/Sudan: Council’s responsability is clearer than ever

ICC/Sudan: Council’s responsability is clearer than ever [fr]

"France reiterates its proposal that States deemed by the Court to have breached their obligation to cooperate be invited to address the Council and that, on the basis of such an exchange, the Council then determine the next steps to be taken.", Anne Gueguen, 12 December 2017 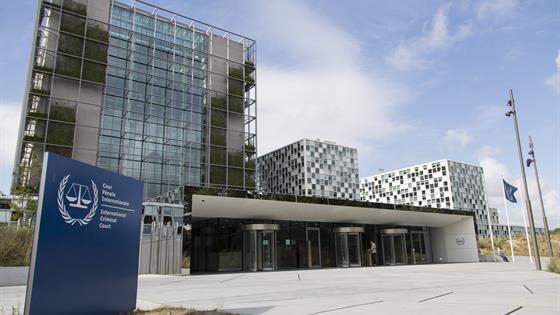 I thank Prosecutor Bensouda for her report and her detailed briefing to the Council, and reiterate France’s full support and trust in the fulfilment of her mandate.

On 31 March 2005, the Council adopted resolution 1593 (2005). This decision had three clear goals: first, to promote the fight against impunity; secondly, to prevent new atrocities in Darfur; and thirdly, to foster reconciliation and stability in the Sudan. More than 12 years later, unfortunately, we note yet again that these goals have not been achieved and that impunity prevails. Only prosecutions will put an end to this situation, and it is only with the cooperation of States that it will be possible to successfully conduct such judicial procedures. That is why France calls on all States concerned — and, of course, the Sudan — to implement the arrest warrants issued by the International Criminal Court (ICC) and to respect the remainder of their obligations under resolution 1593 (2005).

It is the Council’s responsibility to act resolutely in the fight against impunity, which is critical to helping end the instability that continues to blight Darfur, where civilians are the primary victims. It is true that the recent reports of the Secretary-General on the situation in Darfur have ref lected certain encouraging developments on the ground, particularly a lessening of confrontations between the Government and rebel forces in Darfur, as well as an overall reduction in the level of violence. However, intercommunity conflict remains one of the main sources of violence in Darfur.

The activities of militia continue to threaten civilian populations and many of the displaced are still too afraid to return home or even simply to venture outside the camps. The proliferation of weapons continues to contribute to such activities and sexual exploitation and grave human rights violations persist.

In light of the situation outlined by the Prosecutor, the protection of civilians can be assured only if these encouraging developments are consolidated, entrenched and maintained over time. To that end, it is essential that the Sudanese authorities allow the African Union-United Nations Hybrid Operation in Darfur (UNAMID) to fulfil its mandate in accordance with the decisions of the Council and of the Peace and Security Council of the African Union. That would require, inter alia, facilitating access to all areas mandated for UNAMID intervention. It also requires facilitating the implementation of the Mission’s reconfiguration pursuant to resolution 2363 (2017), particularly through the establishment of the base in Golo.

Let us not forget that today 2.1 million of Darfur’s inhabitants are still displaced — almost a third of the region’s population. Encouraging their return requires us to put an end to all forms of violence and to address the deep-rooted causes of the conflict. In order to break the spiral of violence, those responsible must be held to account. That is why now, as in the past, we must not allow our attention to this issue to wander. The perpetrators of the crimes must be prosecuted and brought to justice. We owe that to the victims. This also serves as an imperative for the future.

France once again recalls the importance of the obligation to cooperate with the Court in accordance with resolutions adopted by the Council. That applies not only to the implementation of the arrest warrant issued against Mr. Al-Bashir but also with regard to the other four suspects identified by the Court. France refuses to allow this refusal of States Members of the United Nations to cooperate to become the norm, especially if they are States parties.

Of course, this obligation falls primarily upon the Sudan, which must implement the arrest warrants against its nationals for crimes committed on its territory and cooperate with the Court, pursuant to resolution 1593 (2005). States parties to the Rome Statute have a special role to play with regard to their statutory obligation to cooperate with the Court and to implement arrest warrants when suspects are found within State territory. In this connection, France regrets that this has not been the case, particularly with regard to Mr. Al-Bashir.

The Council’s responsibility is clearer than ever. We must respond to the legitimate demands of the Court so that it can fully accomplish its mandate. We must make cooperation with the ICC effective and ensure that arrest warrants are implemented. The same goes for the Council’s implementation of its own resolutions, especially resolution 1593 (2005).

In that regard, France remains determined to consider the Council’s modalities of action based on the proposals made by the New Zealand delegation in December 2016. In that spirit, France reiterates its proposal that States deemed by the Court to have breached their obligation to cooperate be invited to address the Council and that, on the basis of such an exchange, the Council then determine the next steps to be taken.