« We know that when it comes to women’s rights, whenever we stop moving forward, we go backwards — we are never at a stand still.» Nicolas de Rivière, Permanent Representative of France to the United Nations - Security Council, 29 October 2019

It is essential to protect women against violence in conflicts. We must also promote and ensure their participations to conflict prevention and resolution. That is why the UN Security Council adopted a key resolution in 2000: resolution 1325. Since 2000, eight other resolutions were adopted by the Council. They form a fundamental basis in order to fully take into account the situation of women in conflicts.

France is mobilized at the Security Council for gender equality, one of the sustainable development goals adopted by UN Member States in 2015, and for the protection of women’s rights. In this context, France actively promotes the agenda “Women, Peace and Security”. In 2019, France set the “Women, Peace and Security” agenda as one of its priorities in its fight for gender equality, this having been erected as one of great causes of the President of the Republic’s term. During the French presidency of the Security Council in March of this year, France, along with Germany, put the topic “Women, peace and security” on the Council’s agenda by organizing an informal meeting (Arria) on the participation of women in peace processes. More recently, France contributed to the adoption of resolution 2493, the last resolution adopted to this day under the “Women, Peace and Security” agenda. France made a point of underlining, during the open debate which followed this adoption, on October 30, 2019, that progress remains to be made, particularly in terms of the protection of women defenders of human rights, sexual and reproductive rights, and the participation of civil society in decision-making.

In 2008, sexual violence was recognized as a weapon of war. France played an active role in the adoption of Security Council resolution 1820, highlighting a real awareness on the part of the international community about the necessity of significantly strengthening the fight against sexual violence in armed conflicts and the fight against impunity. Regarding sexual abuse and violence, France supports the “zero tolerance” strategy of the UN Secretary-General, to prevent and respond to sexual exploitation and abuses. 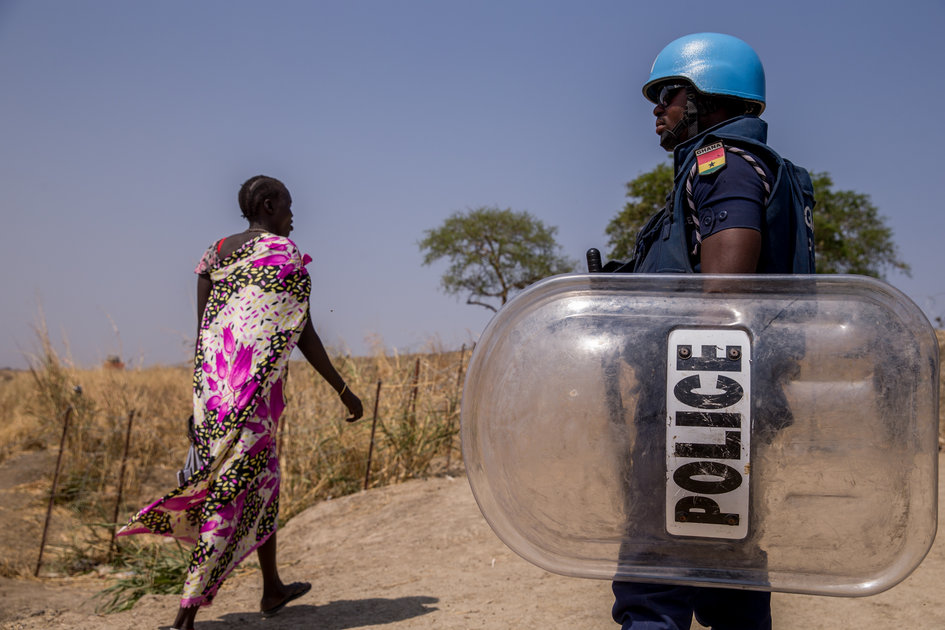 Women’s participation in the prevention and resolution of conflicts

Full participation of women must be ensured in obtaining and consolidating peace. In 2009, the Security Council adopted new tools to better take into account the role of women in peacebuilding (resolution 1888). This resolution requests the release of annual reports by the UN Secretary-General and encourages the appointment of advisors in peacekeeping operations. More and more peacekeeping operations mandates are taking into account the role of women at all stages of crises. This is especially the case for MONUSCO, MINUSMA and MINUSCA.

Fifteen years after the adoption of key resolution 1325, the Security Council adopted resolution 2242 (2015) which stresses the importance of women’s participation in political processes, in peace negotiations and in mechanisms of conflicts resolution and prevention. France promotes this participation, convinced that it will enhance the effectiveness of conflict resolution.

France fully supports UN Women, the United Nations entity in charge of defending women’s rights. They implement together many concrete cooperation actions. France financially contributes to projects reinforcing women’s participation in countries such as Mali, the Democratic Republic of Congo, Afghanistan, the Central African Republic or for Syrian women refugees.

On a national level, France adopted two action plans for the implementation of the “Women, Peace and Security” agenda. They are based on several pillars, such as prevention and promotion of the agenda, the fight against impunity or the protection against violence carried out against women. The elaboration of the 3rd National Action Plan to implement “Women, peace and security” resolutions constitutes France’s last prioritized axis regarding the agenda. Beyond the focus on women’s participation in order to reinforce their integration, it should also concentrate on medical, psychological and social support provided to victims of sexual violence.

Lastly, on the occasion of the 25th anniversary of the Declaration and of the Beijing Platform for Action in 2020, France and Mexico will jointly preside the Generation Equality Forum, held in May 2020 in Mexico and in July 2020 in Paris. Organized with the support of UN Women and with the participation of civil society, this Forum will be an opportunity to assess the results achieved over the past 25 years, but also the obstacles which persist in terms of gender parity. It will result in propositions for concrete action to enable the full implementation of the Beijing Platform for Action.